Giving voice to the unheard 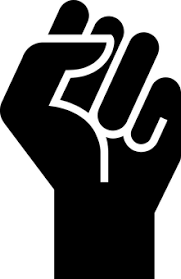 Racial inequality is a huge problem in the United States, and though it’s all over the media, it still needs more attention. Black voices are not being heard nearly as much as they should. There is absolutely no reason that black lives should be treated any differently than that of white lives.

Memorial day weekend, tons of Americans were wanting to enjoy the 80 degree weather  on that Monday. A 46-year-old, 5’11”, relatively healthy man was doing just that. He was a regular at his local grocery store and wanted a pack of cigarettes before heading home. When paying for his cigarettes with a $20 bill, the teenage cashier thought the man was trying to trick him. He suspected the bill as counterfeit and called the police. What started as a short trip to the store turned out to be the final moments of the man’s life. He was turned into yet another victim of police brutality. An officer knelt on the man’s neck for eight minutes while the man was begging for his life. “I can’t breathe,” he said.

His name was George Floyd. He is the man who set our nation into what feels like another civil rights movement. He did so much for our nation by dying, but what could he have done if he were still alive? But the most important question is what could he have done differently. A 44-year-old Texas man came forward to tell a story of him getting convicted for the same crime. His didn’t end in tragedy, it ended in him spending a night in jail and having the charge dropped. The difference? He was white, Floyd wasn’t. According to The Sentencing Project, black people are 5.9 times more as likely to be charged and incarcerated for the same crime a white person committed. A police department in San Francisco was shown to have significant evidence of racial bias in a 2016 report. Now that’s only one police department, how many others are there? This is very important because it shows that it’s not just an “accident” or “self-protection.” This isn’t about preference, racial bias can kill. There should be no trace of racial bias in any police department. Everyone should have the same treatment, whether guilty or not, white or black, male or female.

In the past, black people have had obvious mistreatment and disadvantages. Although things are a lot different now than they were 50 years ago, these disadvantages and mistreatment continue on. Innocent black lives are still being taken for no reason and black voices are still not being heard. Jasmine Asumang, a sophomore here at LN describes how she’s been treated as a black person. “Whenever I go to a softball game/tournament, everyone there is white. I just get looks a lot; especially when I go to the outskirts of Indiana. I feel more of a pressure because of my skin color. I feel as if I have to do more in order to feel accepted and as though I’ve done well. Also, when growing up I didn’t really see any representation of my skin tone, so that affected me,” Asumang said.

Everyone has a story. What has shaped them to be them. Many black children struggle with self identity due to not having proper representation in the media or lack of information about themselves and their heritage. In school, it can also be harder if you don’t have teachers who look like you or will teach you about those things. Asumang also shares how this has affected her in school. “My elementary school was predominantly white. In the whole school there was maybe two black teachers. I felt like I had to do more because of my surroundings. In all the classes I’ve been in, they’ve been mostly white. I felt like I’ve had to fit in with them. I felt like I’ve had to do more to be like them,” Asumang said.

Asumang detailed feeling the need to alter who she was in order to fit in. She didn’t feel accepted at a school, a place where you should feel safe due to the environment provided. But this does not happen to a select few black students across the nation. Not only do black people have disadvantages when it comes to the law and policing, but this also occurs in the classroom as well. Edweek.org says that just as black people face longer sentences for time in jail, they also face longer suspensions in school. This is included in higher rates for expulsion and arrests while in school, too.

Part of this inequality in schools comes from unequal school funding. According to USnews, a report shows that nearly nine million students in the US live next to a whiter and richer school district.These school districts get more funding per student. Lower Merion, a school district in Pennsylvania, is 60% more white than Philadelphia. They make $30,000 more per student. Because they get more funding, the students that attend said schools get better learning and teaching. On the Lower Merion district website, they even pride themselves as one of the “finest school systems in the US.”

Even though things seem as though they might not get better, progress has already been made. For example, in Texas and Illinois, they have updated the formula that’s used to distribute school funding. They’ve made it to better target impoverished communities, according to USnews. Minneapolis also adopted a plan to get rid of single-family zoning, which will help with the segregation.

What else can we do to help black people and elevate black voices? Just from May, there’s been lots of ways to do those two things. According to Business Insider, a few states have already made some legal changes within their police department. Changes include banning chokeholds, moving funds from police to youth/social services, disbanding police departments, and more. Now, this isn’t perfect and we still have a long way to go, but change is still occurring and at a much faster rate than anticipated.

Let’s focus on some progressive changes that have been made more locally. LN has a Black Student Union club (BSU). BSU has been around for a bit; and according to the official list of clubs at LN, is dedicated to “developing and promoting leadership, community service, community, and awareness within the LNHS body.” Not only is there a club dedicated to uplifting the black students here at LN, painting students are also dedicating a mural in the art hallway for social justice. LN is a safe space for any POC (person of color), especially considering the total of all POC students is greater than 50%.

Speaking of LN and what we can do to help, a few students have gone to protests for the Black Lives Matter movement. This includes Cameron Grisby, a recently graduated student from LN who went to a protest in downtown Indianapolis. “The protest was peaceful until the teargas was thrown. It was amazing seeing how many people of different backgrounds came in support of the movement,” Grisby said. Though progress has been made, there still needs to be more changes. There’s still tons of people that can help. It’s important to further these changes and get a step closer to equality for all.  “Other people supporting the movement or protesting could motivate the change we need to see. When more people support this movement it influences others to do the same,” Grisby said.

Most of the time, whenever there’s a group of people where everyone is agreeing and making a decision, other people go along with it. The people supporting this movement, protesting, informing others are simply getting the ball rolling. People who join are helping the ball reach its destination. Really, all it can take is one person. Insufficient school funding with high numbers of POC, black voices not being heard, or local safe spaces for POC that might not exist. All can be changed with one voice. Don’t underestimate the change one voice can bring.

“The struggles along the way are only meant to shape you for your purpose,” said Chadwick Boseman, late renowned Hollywood actor.