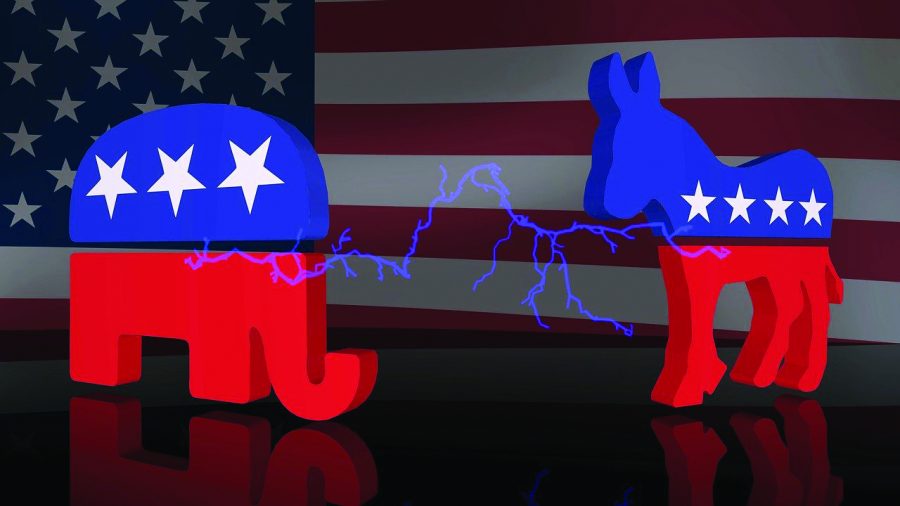 We live in a political system of majority rule. It does not have to be this way. Maybe, it should not be this way.

All across the United States, but especially in areas like Central Indiana, people feel like their votes and their voices do not count and matter. Someone can vote for all democrat or republican, but none of those votes can make an impact, because they may live in a district or state that does not have the same views that they do. The solution to this might be odd, might be unconventional, might be improbable, might be “un american” by nature, and might be unpopular, but it is necessary.

In nearly every gubernatorial decision in the US, a simple majority is required. This may seem like a good system at first, and usually is, except when you take into account a two-party system. Compromise is one of the core values to democracy, and is the theoretical way that we make sure that whatever happens is the will of the people.

Under our current system, only 51%, one party, can decide on practically everything. When more parties are in charge, greater compromises are made and more unity is found.

Oftentimes, it feels that figures like Elizabeth Warren, Bernie Sanders, and Alexandria Occasio-Cortes have the ideologies of a different party altogether, as do those like Ted Cruz and Rand Paul.

People who agree with some of these people may wish that they could vote for them, not just in presidential primaries or if they just so happen to live in their district, but wherever they live. More moderate party members may feel the same way, whether they disagree with emerging nationalistic policies on the right, or socialistic policies on the left, or if they just have a moral opposition to a certain candidate’s character and actions.

We need a system that allows for every vote to matter, even if your opinion differs from what the majority of people around you think.

Under the current system of US politics, the Democrats and Republicans have controlled the presidency since Franklin Pierce in the 1850’s. Of the 100 US Senators, only two are independent, although they both caucus with the Democratic party, and vote almost exclusively in that way.

The US sees plenty of alternate parties, but voting for any of them oftentimes has the opposite effect, ensuring that the candidate with the ideology farther from the third party voter is the winner. We have seen this before in recent presidential elections, including Florida in 2000, and in Michigan, Pennsylvania and Wisconsin in 2016. In both of those instances, the Green Party candidates, Ralph Nader and later Jill Stein, received enough votes in those states that if those who voted for them voted instead for the candidate whose views were closest aligned with theirs, Al Gore and Hillary Clinton would have won the presidency.

The point is, that those hundreds of thousands of voters, who could have easily chosen the president were not heard. Tens of millions of people across the country voted for a president, or senator, or US representative, or local representative that did not succeed in winning their election.

This is not how democracy is supposed to work. In a democracy, every vote should matter, and every voice should be heard.

We need to design and implement a national system that allows people to vote for parties or people that better align with their views without being seen as a protest vote, or reaching the opposite outcome that the voter would want.

To do this, we need to do something that we rarely do as Americans. We need to look at the rest of the world as guidance.

It is rare for modern first-world democracies to only have two dominant parties. Most countries have much more. Some do so well, others do not.

The United States should not replicate a system similar to the United Kingdom’s. The US and UK both use single-member districts, which means that only one person or party can represent an area. In the United Kingdom, the party with less than 40% of the parliamentary vote nationwide holds more than half the seats in parliament. This is not a functional system, and would be best avoided.

The United States needs to adopt some form of proportional representation. This would mean that instead of voting for a candidate in the nationwide elections, we would most likely vote for a party, whose candidates are chosen in primaries earlier.

This is how it works in many other first-world countries, such as Denmark, Norway and Sweden.