The 2021 NCAA Division I Men’s Basketball Championship will be entirely held in Indiana in order to implement safety protocols due to the ongoing pademic. The tournament will bring major attention to the city of Indianapolis, creating a large economic impact on the city. 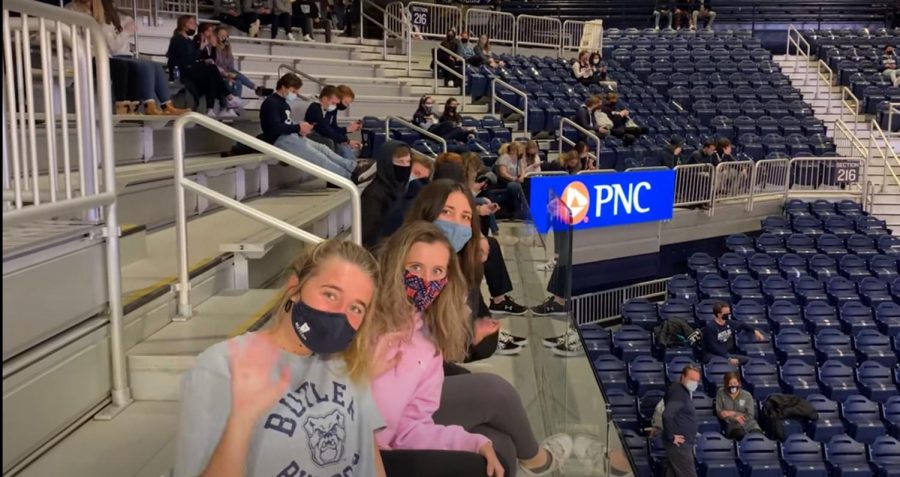 When senior Michael Willeke heard the news that the 2021 Division I Men’s Basketball Championship will be held entirely in Indiana, he was surprised and had trouble understanding the reasoning behind it. However, he, like many others, soon realized what Indiana has to offer to the tournament.

“My initial reaction was surprise because Indy seems like a random place to have the tournament but the more I thought about it the more sense it made. I believe Indy was picked because we have some of the nicest stadiums in the country, especially Lucas Oil and Bankers Life,” Willeke said.

“Growing up a Hoosier and a basketball fan, I was excited to be able to bring the entire tournament to Indianapolis and knowing that my team would have something to do with putting on the events,” Heaviland said.

The annual NCAA tournament was cancelled in 2020 due to the COVID-19 pandemic. Because the pandemic is still ongoing, the tournament will look very different than in years past due to the safety protocols that have to be implemented. However, players and fans are still excited about that opportunity for the tournament to take place.

“I think it will be a lot different, and it will have positives and negatives. All the games will be in Indiana so teams won’t have to travel as much, but sadly there won’t be sellout crowds like the past,” Willeke said.

There will be six venues hosting the tournament, four of which are in Indianapolis. Lucas Oil Stadium, Bankers Life Fieldhouse, Indiana Farmers Coliseum and Hinkle Fieldhouse will host 55 of the 67. Mackey Arena in Lafayette and Simon Skjodt Assembly Hall in Bloomington will also host the rest of the games in the first rounds of the tournament.

“Each one of these six venues has hosted sports related events since the pandemic, so each of them have proactively put health and safety measures in place. Each have health and safety upgrades put in place that will help keep everyone safe.They have existing technology in place to welcome the visitors for March Madness,” Chris Gahl, the Senior Vice President of Marketing and Communications at Visit Indy, said.

Teams will begin to arrive on March 13. According to the NCAA, all Tier 1 participants, which includes student-athletes, coaches, athletic trainers, physical therapists, medical staff, equipment staff, and officials, must test negative for COVID-19 seven times before arrival. They will be tested again upon arrival and will continue to be tested daily using PCR tests provided by IU Health. All Tier 1 participants must wear masks when not in their hotel room or eating. Meals will be provided through room service or in a prearranged dining room. All Tier 1 participants will have to wear KINEXON contact tracing devices throughout the duration of the tournament that provide data on the total time one has been in close contact with an infected person. Teams will stay within their hotel when they are not practicing at the Indiana Convention Center or playing games.

“Our emphasis is on the safety and well-being of everyone participating in the event. By working with local health officials to develop protocols and administer COVID-19 testing, we are confident we will provide a safe environment for student-athletes, coaches, administrators and officials,” NCAA Chief Medical Officer Dr. Brian Hainline said in an NCAA press release.

“The March 27 date was contracted with Bankers Life Fieldhouse but when they approached the Association office about possibly moving the date due to the NCAA Tournament games that would be hosted, we felt it was important to allow that to happen. It helps the community as well as our partnership with Bankers Life Fieldhouse, the Indiana Pacers and Indiana Fever,” IHSAA Sports Information Director Jason Willie said.

The IHSAA Executive Committee discussed several options for the State Championship game, including moving venues and moving the date of the tournament. They ultimately decided to move the game back to April 3 in order to allow the teams to still have the opportunity to play at Bankers Life Fieldhouse.

The logistics of the tournament are not just a lot of work for NCAA, but also for all the venues hosting games. Alex Perry, the Associate Athletic Director of Internal Operations at Butler University, is a part of the team coordinating all the details on campus in addition to all the logistics of hosting the games at Hinkle Fieldhouse.

“You’re coordinating schedules with on campus, with our teams, just trying to work through all those little details. There’s the staffing side and making sure we’re set with the position that they need from us for the tournament. On the other side obviously, game production and all those pieces that the NCAA works on with our folks that are involved in that as well. There’s a lot of stuff that I think most people don’t realize, but it’s a pretty big operation,” Perry said.

In addition to all the logistical work, there is also a lot of entertainment work that goes into the tournament. Heaviland believes that the music, crowd noise, TVs, DJs and more will allow the experience to continue to be special despite the limited number of fans.

“Our group will be in charge of all the extras at the game, the video boards, the music, the graphics, all of our LEDs, the PA, the DJ, crowd noise, anthems, stats, etc. So, we’re preplanning all of these elements and more to be prepared to put on the best show possible no matter how many fans we have,” Heaviland said.

There will be huge media coverage of the tournament and the city of Indianapolis. Because of this, Gahl believes that the tournament will be a major opportunity to showcase what Indianapolis has to offer in hopes of encouraging more people to visit in the future.

“We know that there will be up to 2,000 members of the media who will be descending on Indianapolis and that presents a huge opportunity for media exposure and to put Indianapolis on an international and national media stage to talk about not only the games and the venues, yet also the city that’s hosting these games and venues. That is invaluable media exposure that will ultimately brand Indianapolis as a place to come visit,” Gahl said.

“We believe a healthy nine figures in economic impact will be derived from hosting this tournament and also the ripple effect. This idea that more people will come visit, more people will want to relocate, go to school here, work here and that factor is the X factor. We’re not sure what that will tally and might not know for a while yet. We know it’s real,” Gahl said.

“The sweet sounding word Indianapolis will be repeated hundreds of thousands of times on national tv and written in national publications and so there’ll be a bonafide interest in Indianapolis. I’m looking forward to Indy’s brand being recognized and the city being back in the spotlight in a very unique way, and I’m looking forward to seeing how this moves the needle and helps Indianapolis recover more quickly than other major cities out of this pandemic,” Gahl said.

“It’ll be cool to watch as an LN fan. Be on the lookout for Iowa games. Tony Perkins from last year’s LN team will be playing in the tournament,” Willeke said.

Despite all the work leading up to the tournament, Perry is looking forward to the excitement of everyone as the tournament takes place. He believes that the tournament is a unique opportunity for the city of Indianapolis and Butler University, and he is excited to provide a great experience for everyone.

“I’m looking forward to having the tournament. I think we all missed it last year, so to be in position and to have that competition going will be exciting, and you throw into it just what it means to the city of Indianapolis and the opportunity Butler has to host these events and to be on that stage is going to be pretty cool. A lot of work to get to that point, but once the ball tips off on that first game, we think it’s going to be a really cool experience for everybody,” Perry said.