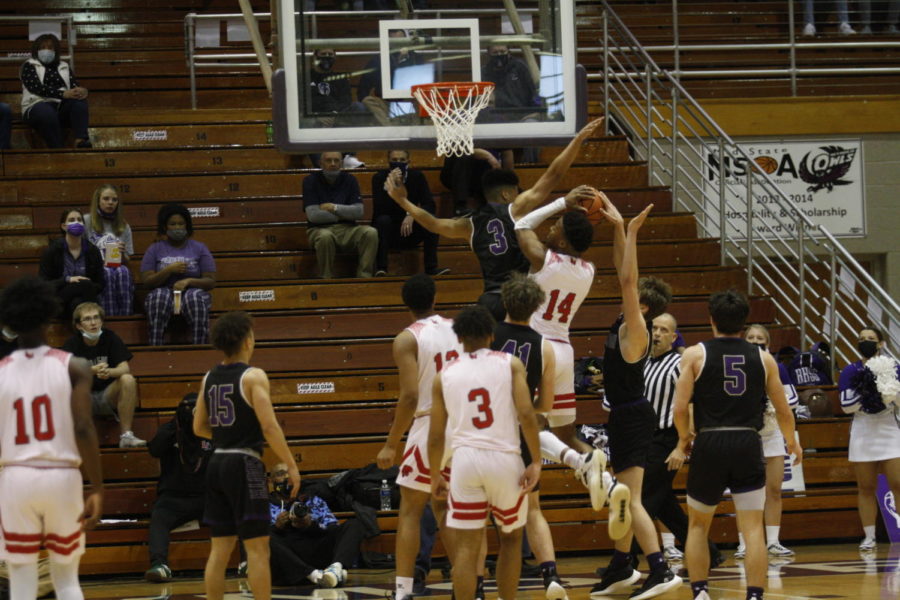 On Saturday, April 3, the LN boys basketball team will play in the IHSAA Class 4A State Championship finals against Carmel High School. The game will take place at 8:30 p.m. at Bankers Life Fieldhouse.

The boys basketball team is currently 28-2 for the 2020-21 season. In addition to winning sectionals, regionals, and semi-state to move onto the championship, they also won the Marion County Championship this year.

“[One standout moment is] the county tourney, beating the 8th team in the nation —Moeller,” Coach Jack Keefer said.

After winning the sectional championship last year, the boys basketball team’s run for the state title was cut short by the COVID-19 pandemic. Although this season has been different from limited fans to mask wearing and increased safety protocols, the team has been ecstatic to be able to have a season. (For more information, read this previously published story.)

After all of their hard work, Keefer is excited to have the chance to go to the state championship.

“It is really a great feeling because it has been so hard to live a normal life and to focus on basketball. The players have been great,” Keefer said.

LN played Carmel during the regular season and lost 49-63. Because of this experience, Keefer is adjusting the way the team plays in hopes of winning this second match-up.

“Carmel is a very good team, so it will be interesting to see if the adjustments that we are making to play them will work and to see which team has improved the most since we played,” Keefer said.

Keefer is looking forward to the state championship game. He is confident that their previous experience playing Carmel will help them succeed.

We learned a lot about them in the first game so it will be a great help this second time around. They are a very good team, but we feel we also are very good.  We think the best defense will win the game, and we feel that would be us,” Keefer said.

There are limited tickets available for the game that can be purchased here. The game also will be live streamed to ihsaatv.org.