The LN baseball team had their 2020 season taken away from them by COVID-19. Now they are back and hoping to achieve a lot this season. 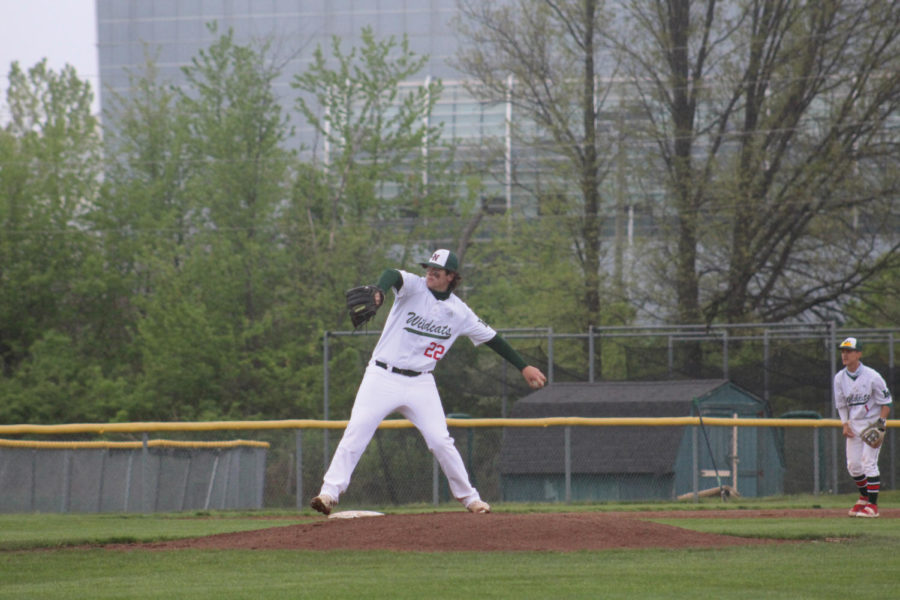 March 13, 2020. This date will most likely mean something different, depending on who you talk to. For the baseball team, it was the beginning of the end. Not too long after the beginning of the stay at home orders by Indiana Governor Eric Holcomb last spring, the baseball team soon found out that they wouldn’t be playing their 2020 season. No season, no county tournament to defend, and the most unfortunate was not being able to have the chance to make a deep run into the state tournament. It has been more than a whole year removed since that date, and now they have begun to reflect on what missing out on last season meant to them.

“It was awful because we had a lot to look forward to next season [2020 season]. I felt that we could win a lot because of the depth and how much talent we had leading up to that season,” senior pitcher Robbie Manuzzi said.

While they were not able to play last season, there were high expectations coming into that season for the Wildcats. Head coach Richard Winzenread believed that last season’s team could have been one of the best in his 29 season tenure at LN. A good balance of youth and seniors created a team that could have wowed the rest of the highly talented Central Indiana baseball circuit.

“I think we could have won any game that we played. It didn’t matter if it was the first game of the week or the sixth game, I think that’s really how deep we were,” said Winzenread. “We had established seniors and we were really looking forward to them having pretty good senior years. It’s just because we had a ton of pitching.”

They cannot get back their 2020 season, but their sole focus is now trying to win as many games as possible this season. With the loss of the talented 2020 class that graduated this past year, this year’s team will be relatively younger than most of the teams Winzenread has coached in the past. And this young core is led by a big group of seniors: Calvin Shepherd, Jack Taulman, Michael Willeke, Tyler Walkup, Brady South, Josh Haller, Brody Smith, Evan Hogan, and Manuzzi. Coach Winzenread still has faith in this year’s team they could do well this season.

“We only have one kid on our team with varsity experience and that kind of matters,” Winzenread said, “We can really hit. Normally, my teams here have been really good at pitching and some years really good at defense. Two years ago we won the county without pitching but it eventually cost us in the sectional.”

One of this season’s seniors at the helm of this year’s team is starting pitcher and Illinois University signee, senior Calvin Shepherd. So far during this season, Shepherd in eight appearances is 4-1 with a 3.16 ERA as of May 19. Winzenread believes Shepherd has the chance to be among some of the LN pitching greats, like class of 2017 starting pitcher Nolan Watson, who is in the Kansas City Royals organization, and class of 2018 starting pitcher Garrett Burhenn, the number one starter for The Ohio State Buckeyes.

“Calvin’s got the stuff to be as good as Nolan, our first round draft pick by the Kansas City Royals, and Garrett Burhenn, who is the number one pitcher at The Ohio State, and Ty Johnson. If we can just get him to focus on not worrying about the hitter or the team, it’s unlimited about what he can do,” Winzenread said.

With this talented group of seniors, this season they are hoping to make a deeper run into the state tournament than the last time they played in the 2019 state tournament. In that season, they lost in the first round of sectionals against Warren Central due to the lack of run production. This season, they have already beat Warren twice, 18-0 and 8-1, and have played two highly competitive games against Carmel.

“We have pretty high expectations for this year. We’re a really talented group and we have the potential to win a lot of games this year. We all think we have a good shot at county and state this year,” Shepherd said.

So far, the team has looked pretty good this season. While fielding has been a struggle at times and they’ve lost a couple close games, this group of guys have performed pretty well considering the circumstances. With a depleted pitching core and an overall young team, they now stand at 18-5-1 as of May 19, almost a week from the start of sectionals at Ben Davis versus North Central high school. Throughout this season, they feel content with where they currently are.

“I feel like we have done some good things like performing well as a team and overall just hitting the ball well too. There is still more to come, but we have really come together as a team,” Haller said.

This season has presented them with a multitude of challenges, but the character of this season’s team has shown all the parents what this team is really about.

“We are pretty resilient and we do not give up, but our mental toughness needs to get better. We are working on it because no kid wants to make a mistake out in the field. Right now sometimes we worry about the names of the front of the jerseys we are playing instead of just going out there and playing baseball,”Winzenread said.

While this season may not be ideal, there is still a sense of happiness among the team, even with the requirement of masks while in the dugout and social distancing is expected.

“I’m super happy to play this year. I definitely missed it last year and I’m sure the rest of the team feels the same way. We are really fired up and ready to go,” Shepherd said.