The dark side of Russian occupation 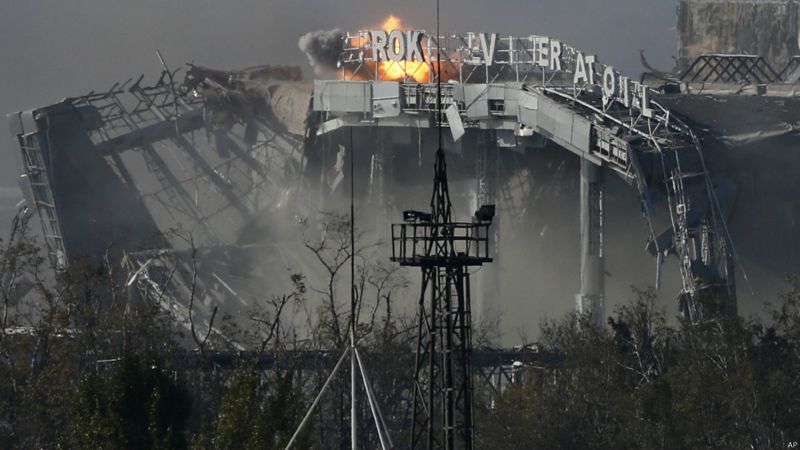 Imagine being a little kid and being forced to leave your hometown to move to another one, which is located more than 800 miles away. To leave the house where you
grew up, to say “goodbye” to your friends, relatives, and most importantly – a happy childhood. To go to a new school and face communication difficulties, because you used to speak another language for your whole life. To be in a lack of money to spend even on basic needs, because moving has already caused huge costs for your family. Imagine suffering from bullying by classmates – middle school students can be such idiots sometimes.

Wanting to go back home more than anything in this world.

But there’s a war at home.

While this might sound like a story coming out of currently politically unstable Afghanistan, this is actually about a refugee from the country that is not very often mentioned in American press and TV – Ukraine. Although the reason for the internal migration in Ukraine is completely different compared to Afghanistan, it is still worth paying attention to.
As a country that separates Russia from Europe, Ukraine has always been under threat of occupation, as control of Ukrainian territories would open up opportunities for Russia to expand further into other European countries. In addition, Ukraine is an important raw material base and is famous for its fertile soils and rich mineral reserves, which Russia seeks to obtain.

Since spring 2014, when the Russian full-scale military invasion of the eastern part of Ukraine began, around 1.4 million refugees have been forced to leave their homes and move to the western part of the country. This could be prevented if Russia didn’t have the intentions to keep post-Soviet countries under control by either using a sham government or occupying their territories by military forces.

Although Russia’s attack on Ukraine was not unexpected, the Ukrainian authorities were unable to take the necessary measures to resist the Russian invasion because of the internal political instability that emerged after the Revolution of Dignity (also known as Euromaidan 2013-2014).

Former Ukrainian president Viktor Yanukovych, who has adhered to pro-Russian ideologies and conspired with Russian President Vladimir Putin, refused to sign an association agreement with the European Union because the European integration would have established very close relationships between Ukraine and the EU. This way, Ukraine would have gained more opportunities for partnership with Europe and less need to continue trade with Russia, which was undesirable for Putin.

The attempt to brutally pacify the resulting mass protests failed and Yanukovych had to escape from the country. When Ukraine was preparing for new elections, Russia seized the moment and invaded the territory of the Crimean peninsula, which at that time was part of the territory of Ukraine. The fake results of the unconstitutional referendum with no independent observers, which was held among the citizens of Crimea, determined that more than 95% of Crimeans voted for the peninsula’s accession to the Russian Federation.

However, the Crimean authorities claim that the turnout in the referendum did not exceed 30% of the total population of the peninsula, and only half of the voters expressed a desire to include Crimea in the Russian Federation. Crimea was officially annexed on March 18, 2014. Neither Europe, nor the United States, nor Canada recognizes it as a part of Russia. Now Russia is blocking Crimean citizens’ access to Ukrainian TV channels and the press and is literally “feeding” people with propaganda information that highlights the annexation as “saving” Crimea from Ukraine. But here’s the thing: under Russian rule, Crimea faced a significant shortage of drinking water this year, and the Russian authorities were in no hurry to help.

The next stage of the Russian occupation was the sponsorship of terrorist acts in the Donetsk and Luhansk regions of Ukraine. Terrorists bribed by the Russian authorities captured state institutions and sought to declare autonomy in these regions. Thus, Russia tried to pretend that they had nothing to do with the further occupation of these territories, and everything that happened there was only an internal conflict. However, they failed to deceive the world. European countries imposed sanctions on Russia, and the United States sent financial assistance to Ukraine in the struggle to return the occupied territories to its membership. The war in Eastern Ukraine has been going on since 2014 until now. According to the UN, the total number of deaths among civilians and military on the Ukrainian side is more than 40,000 people.

Not only Ukraine has faced the problem of Russia’s attempts to “contribute” to the establishment of independence in some of its regions. Russian troops are currently stationed in Transnistria – a region of another post-Soviet country called Moldova. In this conflict, Russia positions itself as a peacekeeping side that also helps Transnistria to satisfy its desire to be independent. Even though the number of people who died because of this “peacekeeping operation” has reached a thousand, it’s still not as frightening as the number of human losses in the war between Russia and another former Soviet republic – Georgia, whose officials report about the death of 230,300 people since the beginning of the conflict in the 1990s.
Compared to Ukraine, the strategic importance of these countries to Russia is much smaller, but the ability to control them allows their further full occupation and will allow Russia to expand its influence in near Europe and Asia.

To justify its atrocities and clean up its reputation on the world stage, the Russian propaganda media and press cover Russia as an important trade and military partner for its neighboring countries and ignore the fact that the Russian Federation is the culprit of their political and territorial instability and human losses. As ironic as it may sound, they also claim that these countries “are fighting against small nations inside of them” and Russia itself just helps them to lower the level of war tension.

If any conclusion can be drawn from this, it’s that the continuous Russian imperialism and never-ending greed, swallowing its neighboring countries’ territories and fueling separatist movements throughout its sphere of influence, needs to be acted upon. Self-determination and the right to preserve a nation’s sovereignty should be recognized and respected over all matters, and all nations must abide by it, starting with Russia.