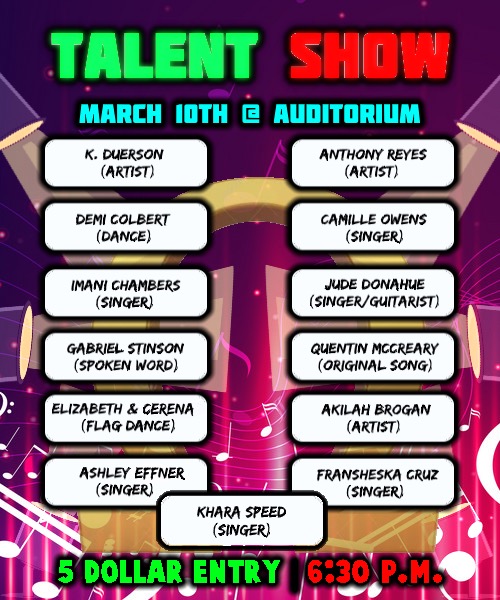 On Thursday, March 10, LN will host a school talent show in the auditorium. 12 diverse student acts will be on display.

“We want to see anything that properly exemplifies what we have at LN,” senior Jain Iftesam said.

Iftesam is senior class president and one the student leaders of the Principal Advisory Council (PAC), who is hosting the event. He is expecting the Lawrence community to see acts from different age groups from LN, such as singing, dancing, or even an art show.

Senior Jude Donahue is one of the participants. Donahue is going to sing and play the guitar to “No surprises,” by Radiohead. He is preparing himself by practicing at home and performing at his family church Heartland.

“I think it helps me get used to singing in front of people. I think I would be a little less nervous about the talent show,” Donahue said.

The talent show allows teens to have the opportunity to have fun and express themselves.

“Even though it’s really nerve-wrecking and scary, have fun. I have as many experiences as you can in high school because it goes by a lot faster than you think,” senior Imani Chambers said.

Chambers is going to sing “A Change is Gonna Come,” by Sam Cooke.